WEST CARLETON – The trial of Fitzroy Township’s Adam had the community racing to pick up their copy of the Feb. 15, 1906 Carp Review just more than 100 years ago, in West Carleton Online’s weekly Look Back feature on West Carleton’s first newspaper.

The Carp Review reported on the Hodgins-Greene shooting case held before Magistrate Smith in the county police court in Ottawa Friday, Feb. 9, 1906.

“The affair created considerable interest in these parts and many from the district went down to hear the evidence,” The Review reported. “Adam Greene of Fitzroy Township, was charged with wounding Louis Hodgins. Both are well-to-do farmers and neighbours and have lived side by side the best of friends for years.”

The shooting took place “over troubles” in the Hodgins home on Dec. 10, which the Review states “appeared in these columns about that time.”

The magistrate listened to several witnesses.

Greene was defended by Gordon Henderson and pleaded not guilty. The prosecutor was Crown Attorney Ritchie and George McLaurin represented Hodgins. Hodgins was deaf and mute and gave his evidence through sign language.

“He has to hobble with the use of a crutch, his wounds still causing him considerable suffering,” the Review reported.

Hodgins was the first witness in the case.

“He had gone to Greene’s to get his wife, who had left on the previous day as the result of a quarrel,” the Review reported. “He took no weapon with him and when he was between Greene’s gate and house, a distance of 30 or 40 feet, Greene, he said, rushed out and ordered him away after which he shot the witness twice in the knees.”

Doctors McGee and Groves were on hand to detail the injuries. Miss Hawkshaw, who lived with the Hodgins for two years, told of the domestic troubles between Hodgins and his wife. On Dec. 10, the day before the shooting, “Hodgins and his wife had a bitter quarrel and she left in tears.”

In cross-examination, Henderson suggested possibly Miss Hawkshaw was at the bottom of the unhappiness in the Hodgins household due to jealousy. Hawkshaw denied this and stated Mrs. Hodgins even wrote her once to return after leaving previously.

Henderson asked if Hawkshaw was aware Hodgins had threatened to poison himself if she did not return.

Even the Hodgins children, Laura, 7, and Benjamin, 10, took the stand, with Laura saying, “their home had been an unhappy one for a long, long time.”

Thomas Lett testified Greene told him the day after the shooting, “he couldn’t have helped shooting Hodgins.”

County Const. Hamilton produced the clothes Hodgins had on the day of the shooting.

The defence forwarded the notion Greene “thinking Hodgins was armed, and that his life was in danger, acted in self-defence.”

Greene’s son Wilfred was the defence’s first witness. He swore “Hodgins came running towards their house, waving his hands above his head.”

Wilfred said his dad made signs for Hodgins to go away but he refused “and put his hand in his pocket as if to draw a revolver.”

Wilfred testified his dad gave a warning shot but Hodgins continued forward and “Hodgins acted as if he intended to kill somebody.”

Adam Greene also took the stand in his own defence. He said Hodgins came by the day before the shooting for his wife, but she refused to leave. Hodgins then “picked up a stick and by signs, threatened to kill his wife and Greene.”

the next day Hodgins came back.

“Knowing Hodgins had revolvers and would not hesitate to shoot, was afraid for his life, and got his gun. Hodgins came rushing through the gate with eyes blazing, and the witness, holding his gun sideways, warned him to stop. Hodgins continued to come on and the witness, thinking his life was in danger, fired to the side of him. That didn’t stop him, however, and Hodgins, putting his hand in his pocket as if to draw a revolver, the witness shot him, his object being only to injure him slightly.”

Greene said Hodgins boy came to him once and asked him to send his mother home, “as his father intended to take poison and had it then mixed and ready to take.”

“Adam Greene was found guilty on a charge of shooting Louis Hodgins with intent to disable,” was Magistrate Smith’s decision Tuesday, Feb. 13, 1906.

Mr. Greene was released on a suspended sentence under sureties of $1,000 from himself and another bond of $500 put up by his brother Thomas. The defendant also paid $60 costs, the Review reported. 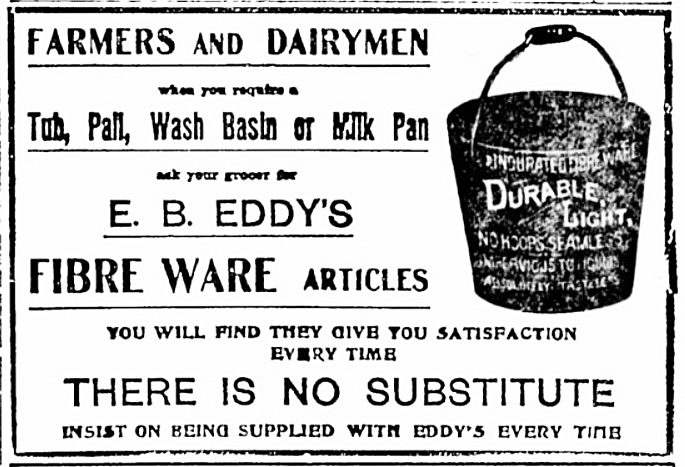 A representative of the Review visited the Carp public school on Thursday (Feb. 8) afternoon and witnessed the pupils going through the fire drill.

“The invitation was extended to us some time ago by the Principal, Mr. G. A. Moore, who told us to sound the alarm ourselves any day, so as they would not be prepared for it,” the Review reported. “At the time of our visit the scholars were all hard at work and very few of them were aware of our presence, much less our mission.”

The drill involved students heading to the basement where doors lead outside if there was a real fire.

“It was remarkable how quickly the four large rooms emptied of upwards of 150 pupils. It was exactly 45 seconds from the alarm was given until the children were all in order in the basement.”

The Carp Review received a letter from a Manotick reader who writes regarding the issue of Carp becoming a police village “saying that their village has found the change satisfactory by reason of now having a constable and some $300,000 annually spent in the improvement of roads, etc.” as opposed to having to secure a grant for that purpose semi-occasionally.

Manotick police village was erected under bylaw of the County of Carleton on Jan. 31, 1903.

South March: A number of our local sports attended the ice races in Ottawa last week.

March: A number of young men from here, who attended the social at March Corners on Thursday, last, got their ears nipped. Philip Nash purchased a valuable horse from F. Rowe last week.

Huntley Centre: William Gordon disposed of his heavy draught team of horses this week to Thomas Birkett of Ottawa. The amount obtained was $500. They are one of the finest teams in the township and secured first prize at the exhibition held in Carp last year.

A team of horses belonging to Fred Mooney took fright one day last week while standing in the field and made a dash for liberty. Running down the 4th Line on to the Almonte road they were captured by Roland Magee near his place. No damage of any consequence was done.

John Albert Baird of Woodlawn was in the village Monday to have his arm re-dressed which he had dislocated at the elbow on Saturday last (Feb. 10, 1906) while getting down off a straw stack.

“His injuries were attended to by Dr. Magee,” the Review reported. “The icy roads are in some places very dangerous, especially for heavy loads of hay.

Frank Henderson of Torbolton was coming to the village with a load of hay, when passing near William Scissons his wagon wheels slipped down the grade at that point causing the load to tumble to the ice below. Frank alighted on his feet with such force that one ankle was severely hurt, but he pluckily held on to the horses.”

The Carp Review was published by James A. Evoy of Carp.

Every week West Carleton Online looks back 100 years to see what was making headlines on West Carleton’s first newspaper, The Carp Review.