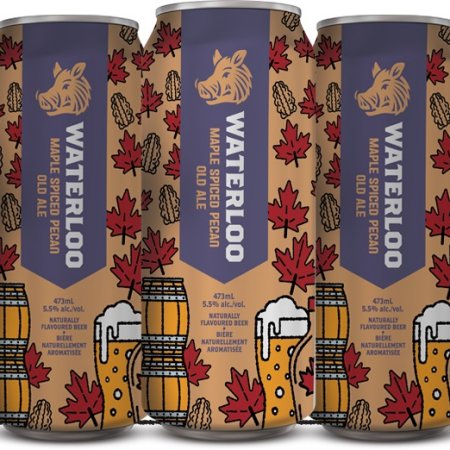 KITCHENER, ON – Waterloo Brewing has announced that a limited edition seasonal ale released last month at the brewery will soon be available across Ontario.

Maple Spiced Pecan Old Ale (5.5% abv) is described “a maple-flavoured brew with the aroma of pumpkin and notes of classic Canadian butter tart”.