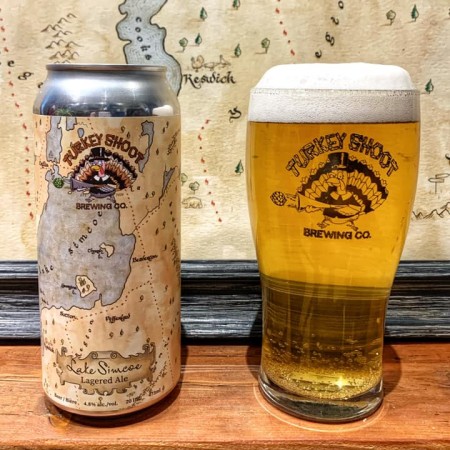 KESWICK, ON – Turkey Shoot Brewing has announced the release of its second brand, following its debut with Pefferlaw Pale Ale earlier this year.

This Kölsch-style ale is brewed traditionally and cold-conditioned for weeks to give it beautiful clarity, delicate fruity notes, and a crisp clean finish. This is another 100% BrewON beer, which showcases the soft floral aroma of Hallertau hops grown near Collingwood by our friends at Clear Valley Hops.

Lake Simcoe Lagered Ale is being brewed under contract at Saulter Street Brewery in Toronto, while Turkey Shoot is building out its own bricks-and-mortar location at 482 The Queensway South in Keswick.

Both Turkey Shoot beers are available at Bailey’s Homestead restaurant in Keswick, as well as other select licensed locations in Keswick/Georgina and Toronto.