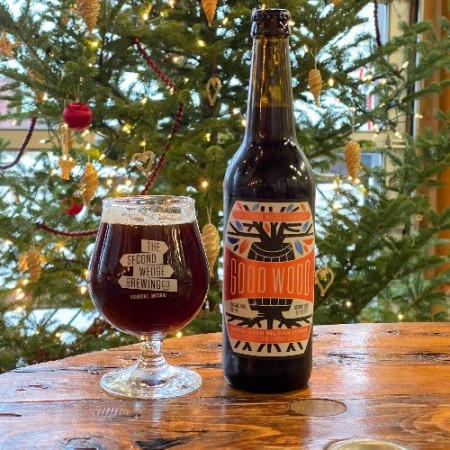 UXBRIDGE, ON – The Second Wedge Brewing has announced the release of a new limited ale to commemorate its 5th anniversary.

We brewed Good Wood as our 5-year anniversary beer, and then aged it in bourbon barrels for 9 months. (It predates Covid!) The result is an exquisite barrel-aged dubbel that reveals layers of flavour – including cocoa, nuts, honey, dried fruit and oak – on a super-long finish.

In addition to the beer release, the brewery will also be marking the 5 year milestone with an online anniversary party on December 28th at 8:00 PM via Facebook Live and YouTube, featuring “musical performances from some of our favourite artists and friends of the brewery”.