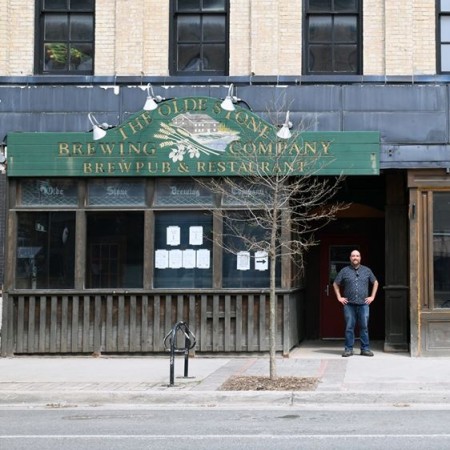 PETERBOROUGH, ON – The owner of one of Ontario’s oldest brewpubs has announced that it will be closing down at the end of the month.

The Olde Stone Brewing Company was founded in 1996 by Scott Wood, and has been owned for the last four years by former employee Travis Smith.

In a Facebook post published this past Saturday, Smith announced that the brewpub as well as adjoining restaurant Hot Belly Mama’s would be closing as of March 1st. “We tried very hard to continue on and persevere throughout this pandemic and subsequent lockdowns,” he wrote, “but unfortunately we were beaten by it.”

Local resident and supporter Chelsea Day-Ross has launched a GoFundMe campaign that aims to raise $500,000 to save the businesses. The campaign pages notes that “[Smith] will not be accepting anything donated if it can’t be used to help keep the businesses alive,” and “if the $500,000 is not met all donations will be returned.”

In the meantime, a combined food menu from both restaurants will be available for curbside pick-up on Wednesday to Sunday from 12:00 noon to 8:00 PM. For more details, see the Olde Stone Brewing Facebook page and website.