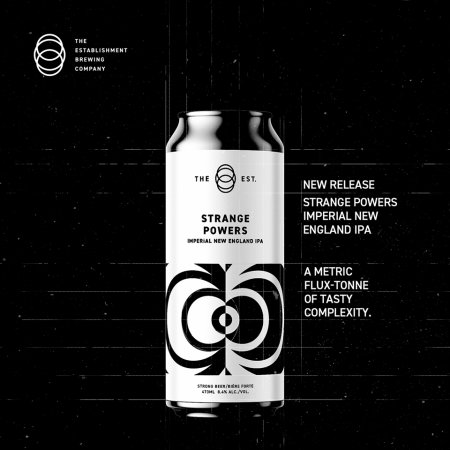 CALGARY, AB – The Establishment Brewing Company has announced the release of the latest in its ongoing series of New England style IPAs.

We opted for malt as featherlight in flavour as the finished product feels on your tongue – malt lighter even than one of the more noted featherweights: Pilsner. Heidelberg is its name, subtlety is its game. But the malt might be the only subtle thing about this otherwise strangely powerful beer. The field forces of yeast and hops combine, biotransforming for a surprisingly fruitful yield that’s not unlike what we achieved with Sky Rocket VI.

Strange Powers is available now at the Establishment retail store and online shop.