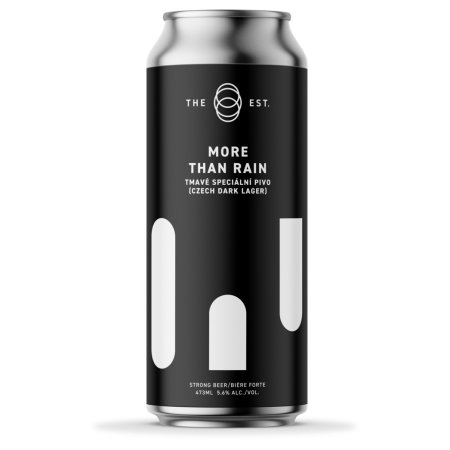 CALGARY, AB – The Establishment Brewing Company has announced the release of a new collaboration with Rain Dog Bar.

In keeping with their origin, this Czech lager is refined, flavorful, and balanced. It sips softer than Germany’s take on the same style and rocks a richer body to boot. As a baseline, Czech brewing practices are among the best. From plan to pour, we kept this brew true to form and adhered to traditional measures and methods wherever possible. We sourced semi-early red-bine Saaz hops from the region formerly known as Bohemia, used water softened through reverse osmosis, and even ordered traditional Czech taps to top things off. These faucets are completely different from the ones you’re used to seeing round these parts. They’re designed to dispense tight, dense bubbles and produce pours to please palates at every level of foam fondness.

More Than Rain is available now at the Establishment retail store and online shop.