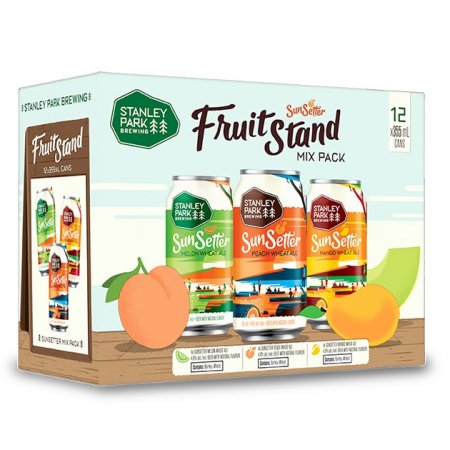 VANCOUVER, BC – Stanley Park Brewing has announced the upcoming release of a new seasonal mixed pack for spring and summer.

The SunSetter Fruit Stand Mix Pack features the previously available SunSetter Peach Wheat Ale (4.8% abv) – described as an “unfiltered summer ale [with] ripe peach flavour and bold Citra hops” – along with two new versions with the peach swapped out and replaced with Melon and Mango.

The SunSetter Fruit Stand 12-pack includes 4 x 355 ml cans of each of the three beers, and will be available soon at the Stanley Park brewpub and online store, and select beer retailers in British Columbia and Alberta.