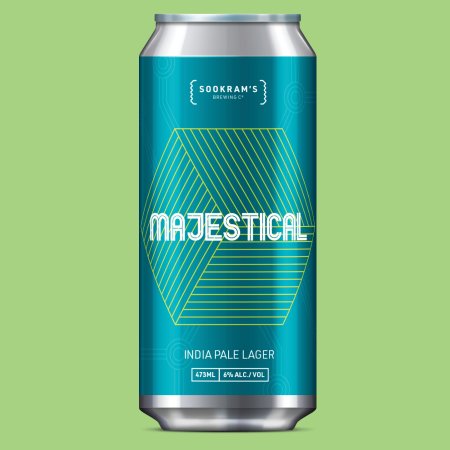 WINNIPEG, MB – Sookram’s Brewing has announced the release of a new beer that “bridges the gap between the hoppiness we love in IPAs/Pale Ales and the crisp bite we like from lagers.”

Majestical will be released on Friday February 12th at 10:00 AM via the brewery’s online shop, and will be available at the brewery store starting at 12:00 noon. Distribution to local beer retailers will follow next week.