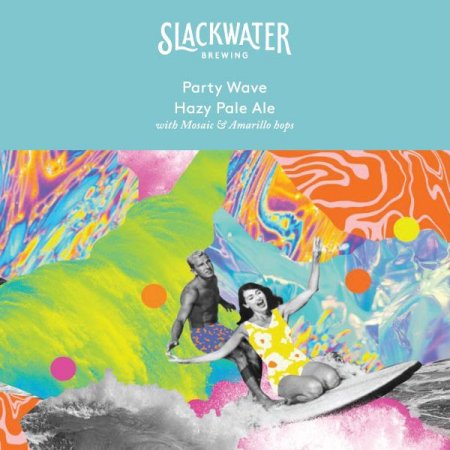 PENTICTON, BC – Slackwater Brewing has announced the release of its newest seasonal ale.

Party Wave Hazy Pale Ale (4.5% abv) was brewed with Mosaic & Amarillo hops, and is described as having notes of “gentle citrus and stonefruit, in a light and crushable body with a delightfully dry finish.”

Party Wave was released on tap earlier this week, and is available in cans starting today (May 7th) alongside Fiume Bianco Italian Pilsner which debuted on draught last month.