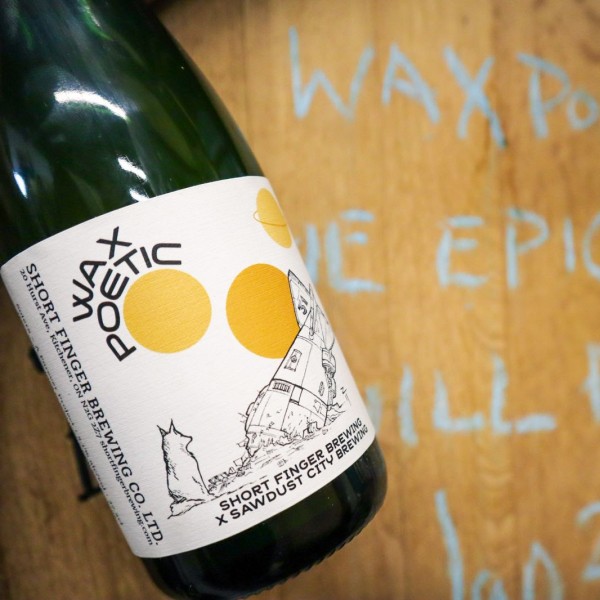 KITCHENER, ON – Short Finger Brewing has announced this year’s edition of a unique beer created in collaboration with Sawdust City Brewing.

Wax Poetic Sour Solera Project (5.1% abv) was intended to be a special release for Sawdust City’s Funkfest sour beer festival, but as with last year’s vintage, the cancellation of the event due to COVID-19 means that it’s being sold straight from the brewery instead.

We call our solera a forever project. A solera is a term that describes the art of barrel aging liquid over an indefinite length of time. During this time you regularly take liquid out of the barrel but then immediately top that barrel back up with fresh wort (in our case) so that it does not empty and the new liquid gets inoculated by the old carrying on the flavour and culture.

The 2021 edition has the following notes:

This year’s blend from the barrels is a mix of SFBC’s house culture and Sawdust City’s Limberlost culture. It brings a soft acidity that plays with Lemon Meringue pie notes and hints of lemon zest and pith on the back end.