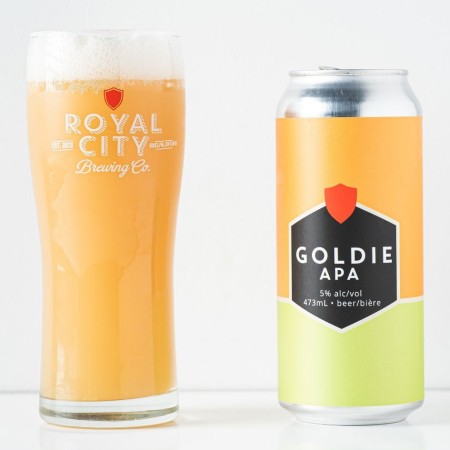 GUELPH, ON – Royal City Brewing has announced the release of a new beer that “finds the middle ground between a session IPA and fruit-forward hazy IPA.”

It pours like a hazy orange juice and is full of notes of tangerine, lemon, pineapple, and mango. With big tropical notes, and highlights of berry and oranges, Goldie finishes with a hit of bitterness that wonderfully balances the fruity juice-ness and the juicy fruit-ness.

Goldie is available now at the Royal City retail store and online shop.