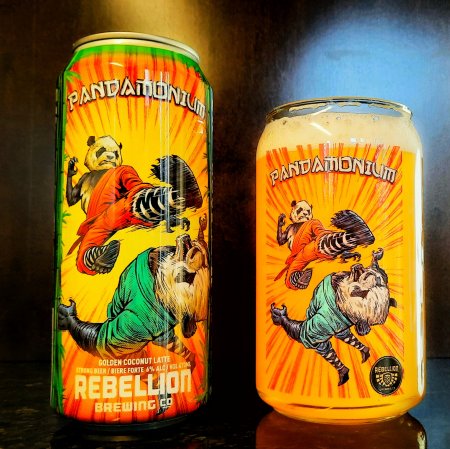 REGINA, SK – Rebellion Brewing has announced the release of a new seasonal ale.

Pandamonium (6% abv) is described as “a golden, coconut-latte beer featuring a big, coffee kick with a smooth, subtle roundhouse of coconut to the taste buds.”

Pandamonium is available now at the Rebellion retail store and online shop in a limited edition pack including four cans of the beer and two glasses featuring the label artwork by local artist Joel Hustak. Cans are also available at local beer retailers while supplies last.