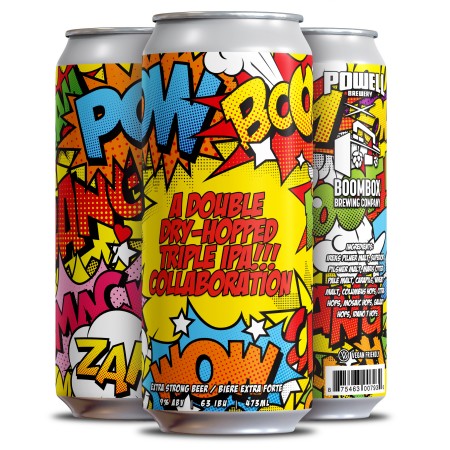 VANCOUVER, BC – Powell Brewery has announced details of a new collaborative release with Boombox Brewing.

A Double Dry-Hopped Triple IPA brewed with a variety of Pilsner and Pale Malts and heavily hopped with Columbus, Citra, Galaxy, Mosaic, and Idaho 7. Be careful, this beer drinks super easy!