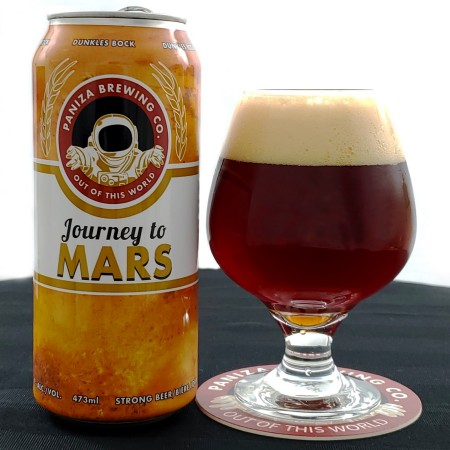 TORONTO, ON – Paniza Brewing has announced that one of its brands is now being distributed to select licensed grocery stores in Ontario.

Journey To Mars (7% abv) is a traditional German-style Dunkles Bock described as follows:

Brewed using premium malted barley from Germany and premium hops from Europe, we designed this craft beer to be drunk in the colder months, but it goes well year-round if you are looking for a tasty bready-malty-rich beer. Complex taste and aroma, rich with a predominant malty flavours including caramel, toffee and dark fruit.

Journey To Mars is available now at Sobeys Acton, with distribution to additional stores to follow.