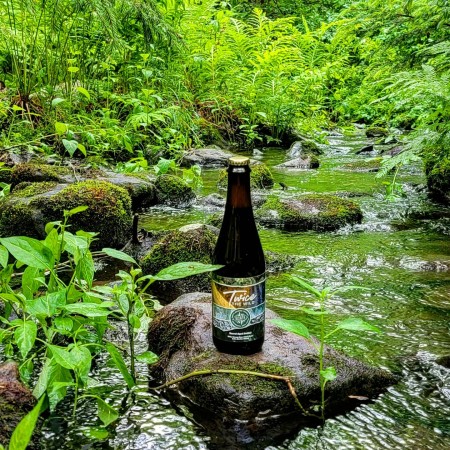 DARTMOUTH, NS – North Brewing has announced the release of a new beer in support of the Nova Scotia Nature Trust.

Twice the Wild Barrel-Aged Dubbel (8% abv) is described as follows:

We brewed this beer in September with our pals from A for Adventure with shoreline base malt from PEI and whole Lucie Kuhlmann grapes from Benjamin Bridge. We then aged the beer in three neutral wine barrels for 6 months, racked it back into stainless for a refermentation on some NS honey from Cosman & Whidden and then bottle conditioned for a month and a half before release. This beer is drinking great now and will hold up to aging for those who want to see how things evolve over time.

Twice the Wild is available now at both North Brewing retail stores and the brewery’s online shop. $5 from each bottle sold will go to Nova Scotia Nature Trust’s Twice the Wild campaign, and the donation will be matched 4 times with funds from the Federal Government and other major funders, meaning each sale will result in $25 going to the campaign.