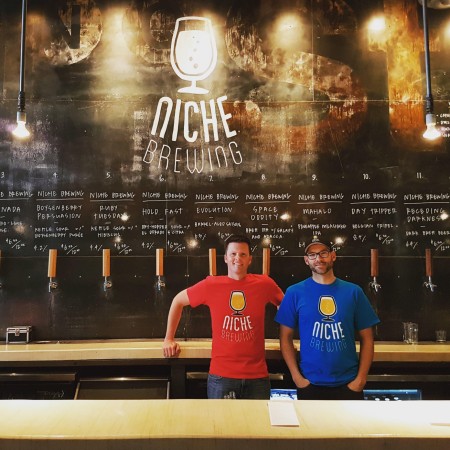 HANWELL, NB – Just over three years after its launch in the small community of Hanwell just outside of Fredericton,  Niche Brewing has announced that has released its last beer and will be shutting down.

Founded in late 2017 by veteran homebrewers Rob Coombs and Shawn Meek, Niche operated with 2 barrel brewhouse and initially focused on keg sales to local licensees, later expanding to limited edition bottle releases. As per its social media bios, it offered “a variety of beer styles – with the emphasis on sours and Brett beers.”

While we didn’t rule out the possibility of going bigger, we always knew that there was a good chance that wouldn’t be in the cards, for a number of reasons. This would mean, of course, that as difficult as it would be, Niche would eventually have to close. Unfortunately, that time has come. It’s earlier than we would have liked, but sometimes you’re not able to control everything in life. There wasn’t any one thing that led to this decision, but rest assured that it was not an easy one by any means. Frankly, it is one of the toughest things either of us has ever had to do.

Niche’s final beer release is the second batch of Pau Hana (5.8% abv), a Chardonnay-barrel-aged Saison conditioned on passion fruit purée that is described as “tart and funky, but with plenty of passion fruit character.” It’s available now at select brewery bottle shops and ANBL locations in New Brunswick, and bottles and kegs of other Niche beers will remain available at retailers and licensees while supplies last.