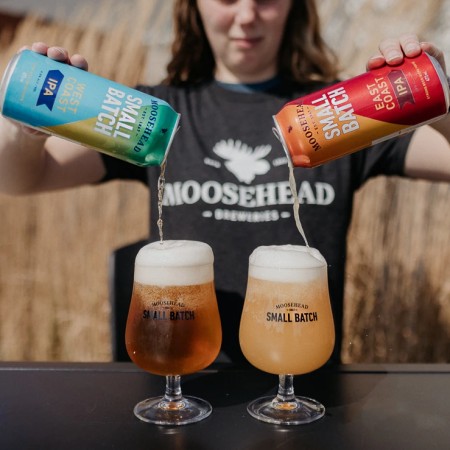 SAINT JOHN, NB – Moosehead Breweries has announced a “battle of the brews” between two new beers from its Moosehead Small Batch Brewery.

West Coast IPA has a huge hop aroma, bursting with notes of citrus and tropical fruit. Its malt character is understated, with a dry finish to let the layered hop flavours and aromas take center stage, making it a bitter, crisp and clear brew.

East Coast IPA is less bitter than its West Coast rival. Late additions of hops to the brew and dry hopping in the fermenter results in a lower bitterness and helps to preserve the hop’s delicate, citrusy and fruity essential oils, allowing them to shine.

Both beers are available now at beer retailers throughout Atlantic Canada, as well as at the Moosehead Small Batch taproom and retail store in Saint John. For more details, see the full announcement.