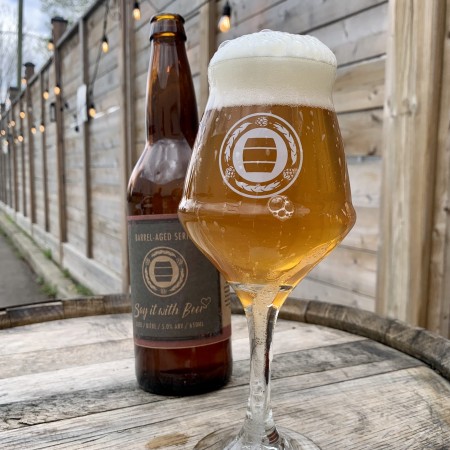 LONDON, ON – London Brewing has announced the release of its latest limited edition barrel-aged beer.

Say It With Beer (5% abv) is described as follows:

We’ve been eagerly awaiting Say It With Beer, tucked away in Chardonnay barrels for eight long months. Our famously tart, citrus-forward Resolution Kumquat Sour meets subtle notes of oak and vanilla for an unbelievably delicious brew. Equally appealing to wine or beer lovers, and everyone in between.

Say It With Beer is available now at the London Brewing retail store and online shop.