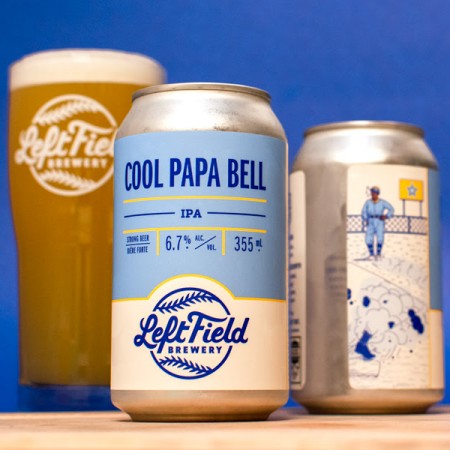 TORONTO, ON – Left Field Brewery has announced the release of a new beer inspired by a baseball legend.

Earning his nickname after striking out a standout player, this IPA pays homage to Hall of Famer and American Negro League centre fielder James Thomas “Cool Papa” Bell – the fastest man to ever play pro ball. The closest thing to sunshine in a glass, this hazy IPA is brewed with Cashmere, El Dorado and Ekuanot hops lending notes of juicy tangerine, tart grapefruit peel, sweet honeydew melon and a zesty, full finish.