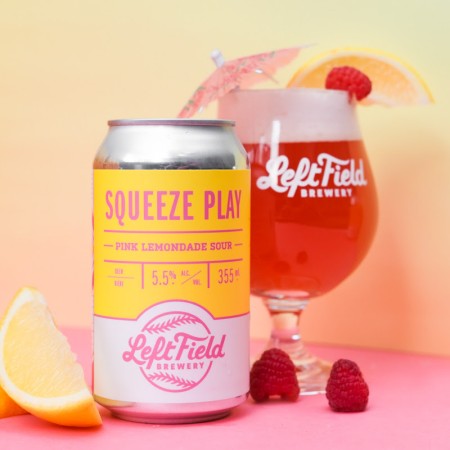 TORONTO, ON – Left Field Brewery has announced the return of one of the earliest versions in its Squeeze Play series of fruit-flavoured sour ales.

Squeeze Play Pink Lemonade Sour (5.5% abv) was originally available in October 2017, and is now “back to burst through the January gloom.” It’s described as follows:

Small ball at its finest, a squeeze play is a sacrifice bunt that gives the runner on third a scoring opportunity. This Squeeze Play kettle sour is a juicy and quenching refresher, packed with the nostalgic blend of lemon and raspberry.