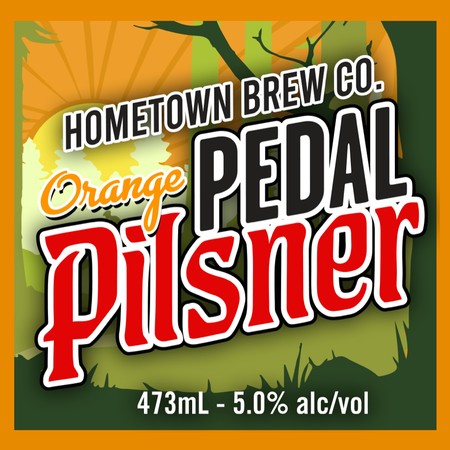 ST. WILLIAMS, ON – Hometown Brew Co. has announced the release of a new holiday season variant on one of its flagship beers.

Our classic Pedal Pilsner base using Pilsner malt and Czech Saaz hops gives an easy drinking beer with herbal and earthy flavors. Using Goji berries in the boil imparts a reddish tinge and mild sweetness, and the addition of Chen Pi and fresh Tangerine Peel to the beer post-fermentation adds an aroma of fresh citrus.