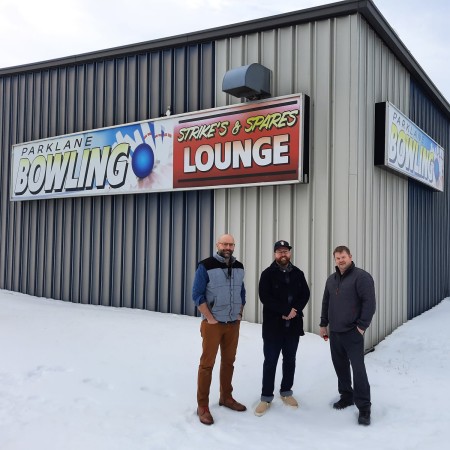 RIVERVIEW, NB – A year-and-a-half after Trailway Brewing in Fredericton brought the worlds of bowling and craft beer together at The Drome by Trailway, a second New Bunswick brewery has purchased a historic local bowling alley.

Holy Whale Brewing has taken ownership of the Parklane Bowling Centre in Riverview, a community located across the Petitcodiac River from Moncton and Dieppe.

While its brewery is situated in Alma, a village approximately 70 km to the south, Holy Whale has operated a beer garden at Chocolate River Station in Riverview for the last few years. But with that facility recently sold and set for redevelopment, brewery owners Jeff and Peter Grandy have purchased Parklane in order to keep a presence the community.

In a post on Facebook, the brothers state that they will be starting renovations soon, with an aim to reopen as a beer hall and bowling alley in August, in time for the traditional kick-off of bowling league season in September. Jeff also tells Huddle Today that the pilot system from the Alma brewery will likely be moved over to the new location for on-site brewing.