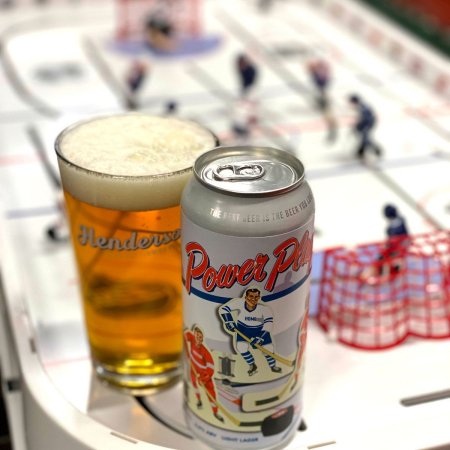 TORONTO, ON – Henderson Brewing has announced details of latest in its monthly Ides Series of limited edition beers, with this month’s instalment marking “the start of the hockey season and the first ever all-Canadian division.”

This Ides takes its inspiration from table hockey, a game that has a special place in many Canadian childhoods. And like many great things, it was invented right here in Toronto. During the depression, Donald H. Munro Sr. was struggling to afford presents for his young children, so he built them a two player game involving lumber, springs, and levers which later became the game we know and love. Brewed with a combination of malt and rice, this lager is light, crisp, and crushable.

Power Play Light Lager is available now at the Henderson retail store and online shop. To celebrate its release, Henderson will be giving away a table hockey set and an 8-pack of Power Play via a contest running on its Instagram page from Wednesday January 13th to Saturday January 16th.