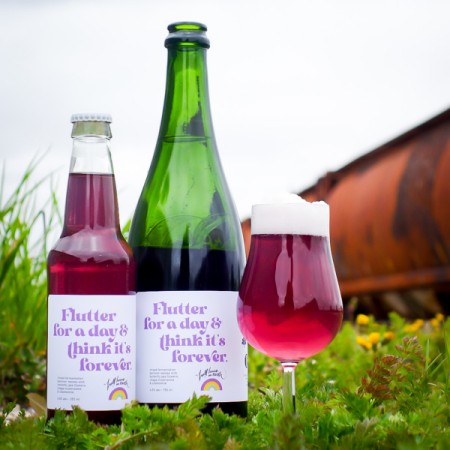 SEAFORTH, ON – Half Hours on Earth has announced the release of a new limited edition sour ale.

Flutter for a Day & Think it’s Forever (4% abv) is described as follows:

A mixed fermentation Berliner Weisse with organic butterfly pea flowers, organic chaga mushrooms, and organic chamomile. Aged in stainless for six months. Tart, plenty of funk, a light citrus note from the chamomile, and an earthy background from the pea flowers and chaga. Delightfully dry, crisp, and refreshing. Oh, and also pretty!

Flutter for a Day & Think it’s Forever is available now at the Half Hours on Earth brewery store and online shop.