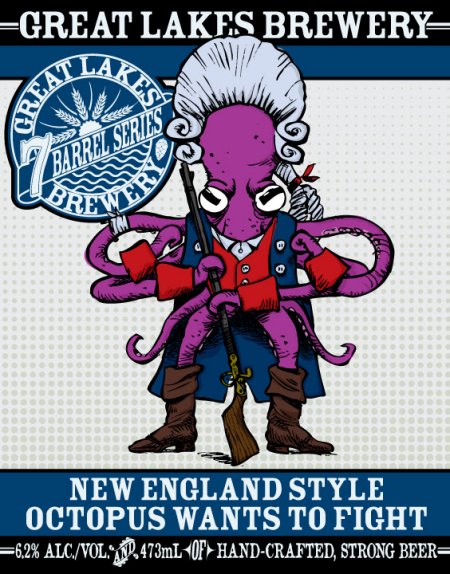 TORONTO, ON – Great Lakes Brewery has announced a bumper crop of new and returning beer releases for this week – so many that the releases are being staggered across two drops rather than the usual single weekly launch.

Available in the GLB online store tonight (November 25th) at 6:30 PM, and in the brewery retail store tomorrow, will be:

New England Style Canuck Pale Ale (5.2% abv) – “Each year, around American Thanksgiving, we brew our beloved Canuck Pale Ale on our 7 Barrel system. Instead of pitching the typical yeast strain we normally use, we said to ourselves, “selves, let’s make this Canucklehead a New England version.” Why? Because we can.”

Lake Effect American IPA (7% abv) – “The weather channel describes Lake Effect as a ‘mass of sufficiently cold air moving over a body of water, creating an unstable temperature profile in the atmosphere’. Who cares. This beer has nothing to do with that mind-numbing drivel. This beer was inspired by a summer spent drinking crisp IPAs on a stoop on Elmwood Ave. in Buffalo, NY.”

Monty Brown Ale with Chocolate & Banana (5% abv) – “Brewed in the traditional English style but gussied up with chocolate and banana. This tasty treat pours dark mahogany emitting aromas of, yes, you guessed it, smashed bananas and light cocoa. This medium bodied ale provides notes of a loaf of freshly made banana bread alongside traces of chocolate and coffee. Quite tasty indeed and very moreish.” 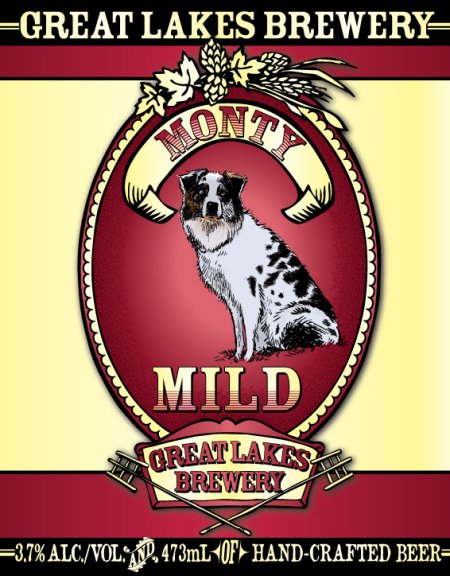 Following tomorrow evening for online sales and Friday for in-store are:

Vienna Lager (5% abv) – “By the mid 1800s, Vienna had become an important brewing center. At a time when lagers were becoming popular German-speaking Europe, a new style was created in the ‘City of Music’ by using a lightly kilned malt. This resulted in an amber lager with a delicate sweet and bready profile. Here in Etobicoke, we’re cocky enough to think that we’re capable of reproducing the almost 200 year old style. This copper coloured Vienna Lager is gently sweet and has a subtle richness. The big bearded brutes that brew it, on the other hand, are anything but subtle or sweet.”

Sommelier’s Waltz Lager (5% abv) – “Prud’homme Beer Sommeliers are experts in the world of beer. It’s always a bit of a dance that we engage in trying to understand what a beer style truly is. We are proud to collaborate with Great Lakes Brewery on creating an homage to Anton Dreher and the Vienna Lager. This unique lager style is complex while remaining light and airy – similar to the Vienna Waltz. We trust you will enjoy every last drop of this amazing beer.”