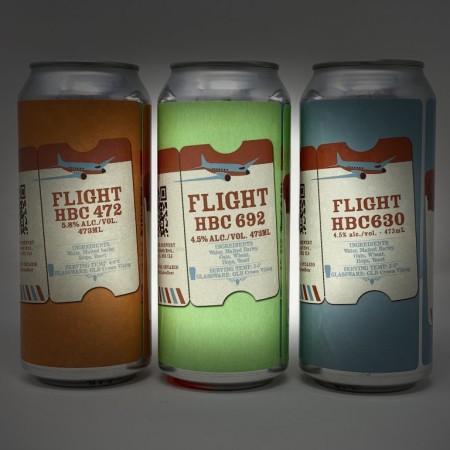 TORONTO, ON – Great Lakes Brewery has announced the latest release in its Flight series of beers made with & named after new experimental hops.

Flight HBC 472 American Brown Ale (5.8% abv) is the first in the series to not be a Pale Ale, and is described as follows:

HBC 472 is a different beast. The hop sports a unique and unmistakable woody note which is great and unusual but proves very odd in a pale ale. Trust us, we tried a couple attempts that weren’t our favourite. Anyway, we always thought a cool variety and believe in will work well in an American Brown – we’ll see if we were right!

Flight HBC 472 will be available to order today (January 28th) at 6:30 PM via the Great Lakes online store, and will be in the brewery retail shop tomorrow starting at 11:00 AM.

For more details on the Flight series, see the recent Q&A with brewer Mike Lackey.