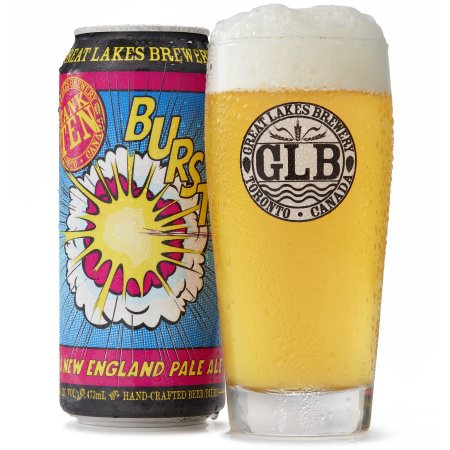 TORONTO, ON – Great Lakes Brewery has announced that a beer originally released as a summer seasonal brand will now be sticking around.

BURST! A New England Pale Ale (4.5% abv) debuted as a small-batch brewery-only release in July, and was followed by what was intended to be a limited seasonal run at select LCBO stores, but due to popular demand, it has been promoted to the brewery’s core year-round line-up.

BURST! is described as follows:

Get ready for a flavour BURST! with this New England Pale Ale. The hazy light golden liquid flows beautifully into your GLB glass and produces a tight white crown. Predominant notes of mango propel forward and are quickly joined by strawberry, peach and a touch of lemon. Subtle sweetness makes an appearance too. The soft mouthfeel provides a creamy texture. Juicy. Again, back to mango and strawberry with honeydew melon tagging along on the hop rocket. Really bright on the palate, like drinking a fresh fruit salad… if that’s a thing.

BURST! is available at the GLB retail store and online shop, and LCBO locations throughout Ontario, retailing for $3 per 473 ml can.