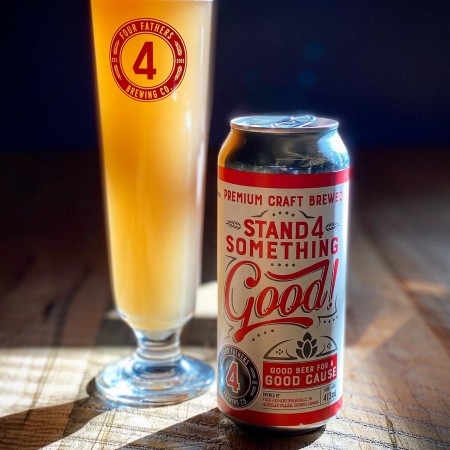 CAMBRIDGE, ON – Four Fathers Brewing has announced the latest release in its Stand 4 Something Good quarterly charity beer campaign.

You Are Not Alone (4.5% abv) has been brewed to support the Canadian Mental Health Association Waterloo Wellington (CMHAWW), and is described as follows:

You Are Not Alone is an Appalachian Tart hybrid ale, using a new yeast blend from White Labs which consists of a kveik and a strain of lactobacillus. We used 50% wheat, 50% barley for the grain bill then hopped gently with Hallertau Blanc and Sabro. After cold crashing we aged on a gentle amount of Hibiscus flower. The result is lightly tart, with notes of wheat, coconut, tropical fruit, and raspberry jam.

You Are Not Alone is available now at the Four Fathers retail shop and online store. Partial proceeds from its sales will be donated to CMHAWW.