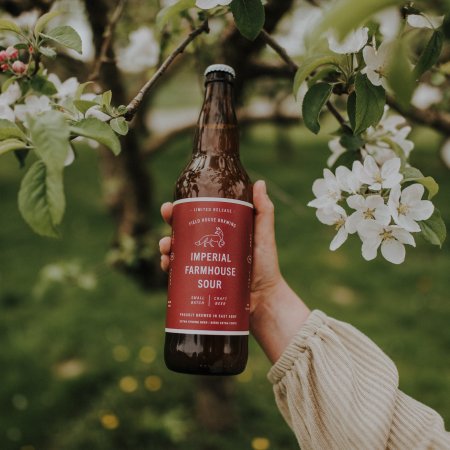 ABBOTSFORD, BC – Field House Brewing has announced the release of its latest limited edition farmhouse ale.

A strong sour ale brewed with our own farm-grown wheat and fermented with a blend of our house sour culture and a farmhouse yeast strain. Chamomile, coriander, lemon zest, and a light dry hop addition of Mandarina Bavaria & Citra add complex herbal and citrus notes.

Imperial Farmhouse Sour can be pre-ordered now via the Field House online shop, and will be released tomorrow (Thursday May 20th) at the brewery retail store.