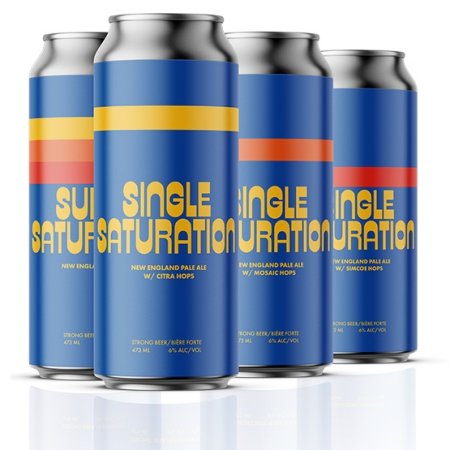 CALGARY, AB – Cabin Brewing has announced the release of a trio of variants on its flagship Super Saturation New England Pale Ale.

We’ve deconstructed the hop medley in our favourite hazy to let each individual varietal shine. The three hops we use in Super Saturation – Mosaic, Citra and Simcoe – all have different aromas and flavours. You know what they taste like together, but now you get to taste them all on their own. Everything else about the beer remains the same, making for a fun compare/contrast exercise. Super!