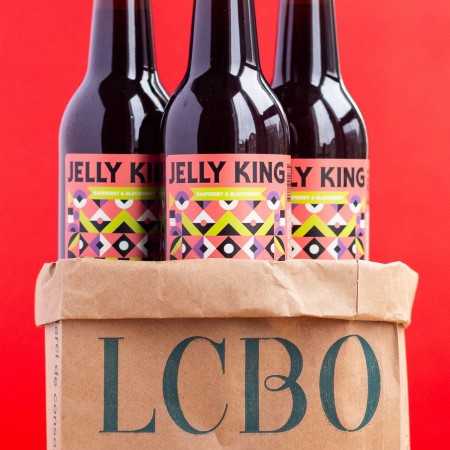 TORONTO, ON – Bellwoods Brewery has announced that it has added a new listing to its line-up at LCBO stores, and rather than just a single beer, the slot will be filled with a quarterly rotation of variants on one of its flagship brands.

The Fruit Jelly King series features fruit-flavoured versions of Jelly King Dry Hopped Sour (5.6% abv), many of which have been available at the Bellwoods retail stores and taproom over the last few years.

For its LCBO debut, the series will be kicking off with Raspberry & Blackberry Jelly King (5.6% abv), which was “conditioned on loads of raspberry and blackberry purée”.

Raspberry & Blackberry Jelly King will be available at select LCBO stores through the winter, and will be replaced with a new version in the spring. It’s also available at both Bellwoods retail stores and the brewery’s online shop.