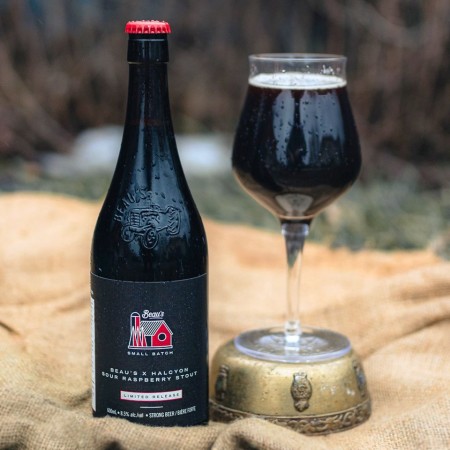 Beau’s X Halcyon Sour Raspberry Stout (8.5% abv) is a collaboration with Halcyon Barrel House, the Beau’s division dedicated to mixed fermentation and barrel-aged beers, and is described as follows: