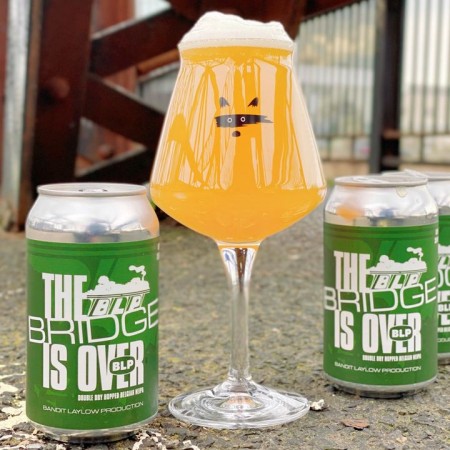 TORONTO, ON – Bandit Brewery and Laylow Brewery have announced the release of “a beer that celebrates neighbourhood, inspired by the Dundas West bridge that separates our two breweries.”

The Bridge is Over (6.8% abv) takes its name from the Boogie Down Productions classic, and is described as follows:

We worked on a Belgian approach of the New England IPA style. Starting with a Belgian Pilsner malt mase together with some wheat and oats and fermented with a Bastogne yeast strain, the created a pillowy base, then heavily dry hopped with Citra and Galaxy to add intense juicy fruit flavor to the Belgian yeast character.

The Bridge is Over is available now at the Bandit Brewery retail shop and online store.