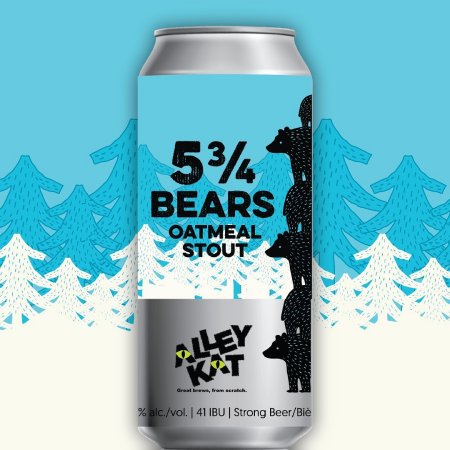 EDMONTON, AB – Alley Kat Brewing has announced the return of a beer that has been making occasional appearances in one form or another for almost a decade.

Dark in colour with a toasty flavour to tickle your taste buds, this oatmeal stout has a silky smooth mouth feel and clean finish. When you’re ready to hibernate away from the snow and cold, slip on your fuzziest slippers, pull on your toque-iest toque, and cozy up with 5 3/4 Bears!

5 3/4 Bears is available now at the Alley Kat brewery store and online shop, and select liquor stores in Alberta while supplies last.