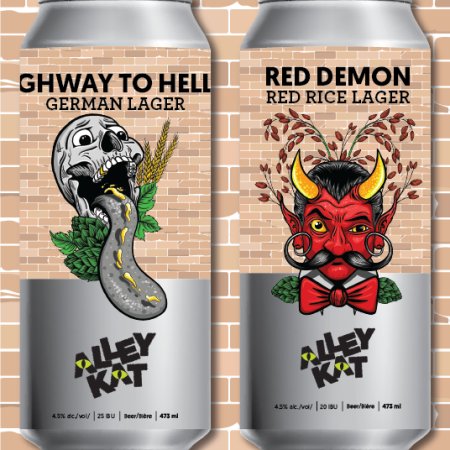 Highway to Helles (4.5% abv) is “a German style lager that’s malt forward in character with a hint of sweetness. It features German and French hops that work together to create a crisp, light flavour.”

Red Demon (4.5% abv) is a lager made using a “combination of Sterling hops and Sri Lankan red rice [which] creates a brew that’s light in colour and body, and also crisp and refreshing.”

Both beers will be launched tomorrow (February 4th) and will be available at the brewery, select retail stores, restaurants and bars in Alberta while supplies last.