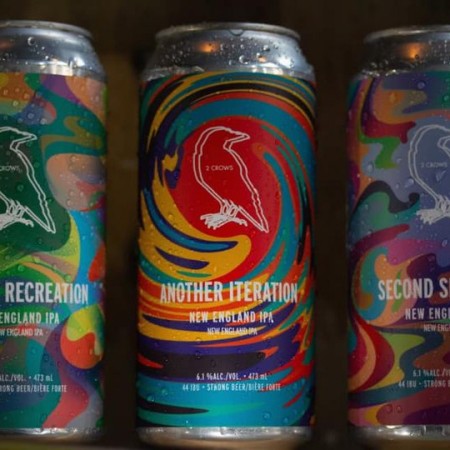 HALIFAX, NS – 2 Crows Brewing has announced details of the last set in a series of beers that have been released throughout January to mark the brewery’s 4th anniversary.

Today sees the return of three IPAs that feature “the same base beer but loaded to the max with different hopping regimes.”

The trio is being joined by the brand new Cause for Celebration IPA, and all four will be available at the 2 Crows retail shop and online store, as well as in a mixed four-pack at local private beer retailers.